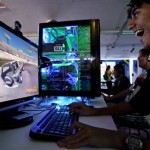 I like to think of myself as an avid PC Gamer, I wouldn’t consider myself a hardcore gamer but I have been know to spend some time blowing stuff up on Borderlands 2, Bio Shock Infinite, Far Cry 3 or any of the other top titles I have in my Steam library. Just finished Saints Row IV

My gaming days go back to the dawn of time! 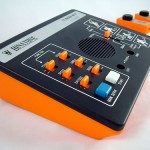 I first got hooked on gaming as a youngster with the Binatone TV Master from the 70’s (yes I am that old). We couldn’t afford one but my dads friend had one which I played the whole time we went to visit.

I have witnessed almost all the advancements in computer technology from the very beginning with my first Sinclair ZX81. The games were loaded from normal audio tapes (created some 50 years ago now) for what seemed like hours, the graphics and games in general were terrible by today’s standards. I moved onto the Sinclair Spectrum although I really wanted the Commodore 64.

I didn’t really get into computer gaming again until I bought my first ‘real’ personal computer, a Pentium 75 computer. If my memory is correct it set me back about £2,700 way back then. It wasn’t too long after I wanted to start opening it up and poking around inside to see what I could upgrade.

After breaking a few expensive bits I was supposed to be upgrading I quickly got the hang of Windows and performing upgrades without breaking things (too often). I have always built my own computers and my current work horse is built with PC gaming and work.

A HUGE difference to my first computer!

So where is PC gaming going?

I have stayed true to my roots and kept my PC. OK so it isn’t exactly standard, along with the beast under the bonnet (Intel i7) I also have 4 24″ screens so I can see what’s going on.

The kids use the consoles and I play on my gaming/work rig. Everyone has a PC, Mac or laptop for homework with a mixture of Apple and Android tablets thrown in for good measure. The rule is no one uses MY PC!

The Future is? Virtual Reality headset! 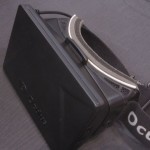 Now I tried something I thought was a VR headset a few years back. It plugged into the back of your graphics card. They looked pretty cool and Terminatorish but just flashed and didn’t really bring the game to life.

That was quite a few years ago now and things have moved on. Techradar posted an article on the latest in VR technology here.

The Oculus Rift headset is reported to change the face of gaming.  Cool!

I just hope that unlike the efforts of Nintendo with its 3DS and other gaming fads that there will be a long list of game developers falling over themselves to make these VR games. And what of the cost of these VR games? 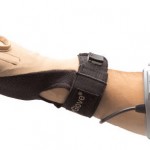 Being a geek techie I have a vision of the future, sitting with my VR headset and VR gloves simply navigating my way around the evolved VR Internet! An object based Virtual Reality where simply gesturing with my gloves will open, close or take me to the information I am looking for.

Some funny reactions to wearing the Oculus Rift VR headset.